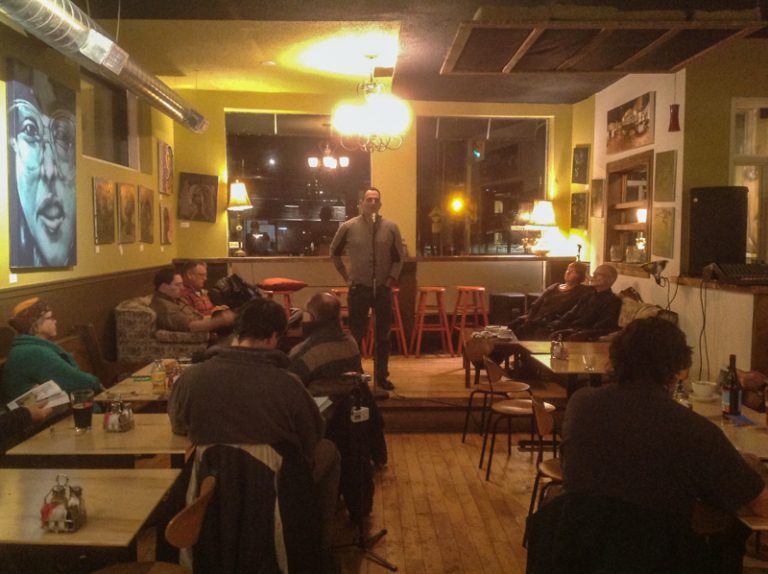 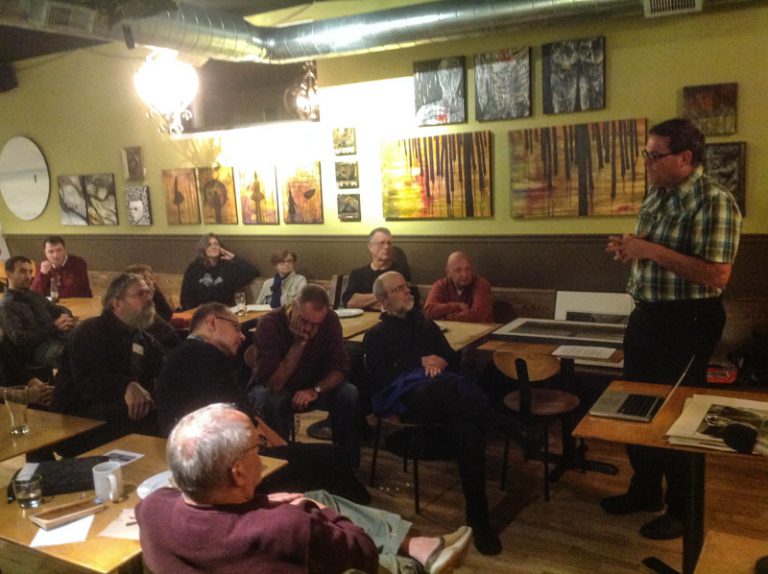 Dave talked about his career in documentary and editorial photography where his personal work was always his entry into paying work. This led to a discussion of the current state of documentary photography.

He also talked about “Home”, his current project and upcoming exhibition at City Hall Gallery 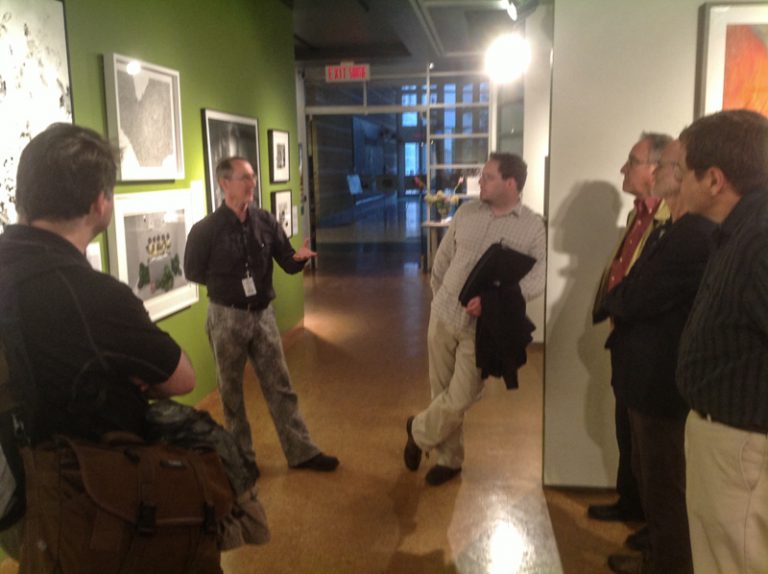 FAP:O #8 was held at City Hall Art Gallery to see the 2012 Direct Purchase show with Jonathan Browns. About fifteen came.

Jonathan gave a presentation of the Direct Purchase program.
Current city programming for the City Hall Gallery ends this year with Raymond Aubin up in October and David Barbour in November-December.
The Karsh-Masson Gallery has closed in its old space and will be reopening next to the City Hall Gallery early in 2014.
During a tour of the works, with emphasis on the photographic, there was a discussion of how the works get placed around the city.
During our final discussion Jonathan was told that we originally got together with the idea of raising the profile of photography in the community and he was asked if he had any advice on that subject.
Jonathan said that his impression is that Ottawa has a very strong photo community, stronger than most artistic communities in Canada, with:
Festival X’s (& Nuit Blanche’s) struggles were mentioned and this brought out the question: Why doesn’t the city help such efforts when they have not yet become established, as Toronto & Paris do, when they so obviously benefit the city?
We heard that:
We ended with thanks all around, with Jonathan pleased by the discussion in a setting where he has often presented to a mute audience, and many of us thanking Jonathan for such an informative presentation and discussion.

Jake started with an introduction drawn from Michele Wozny’s transcription of last month’s session and his own experience. 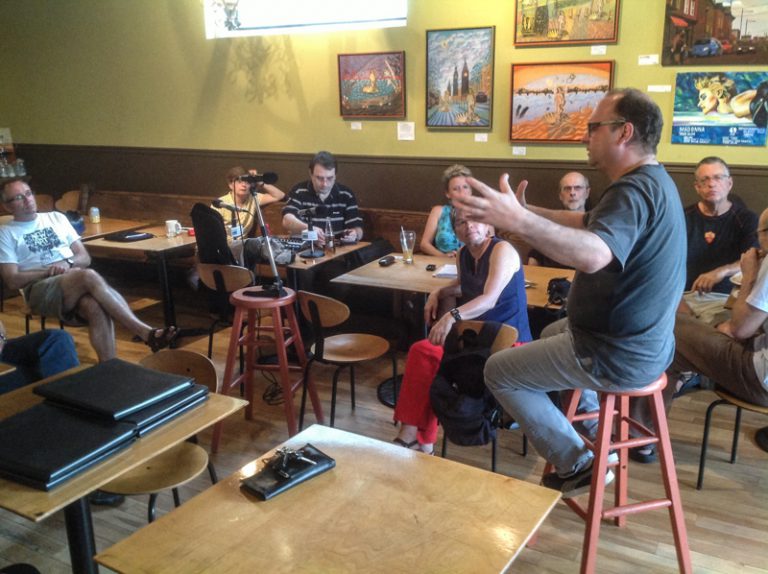 Michael gave us a short history of Michael Tardioli, photographer, as that led to the opening of SPAO. 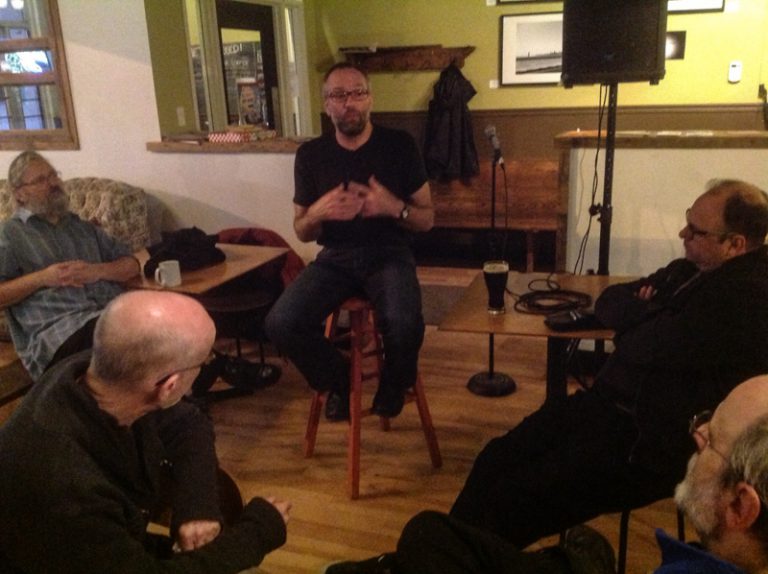 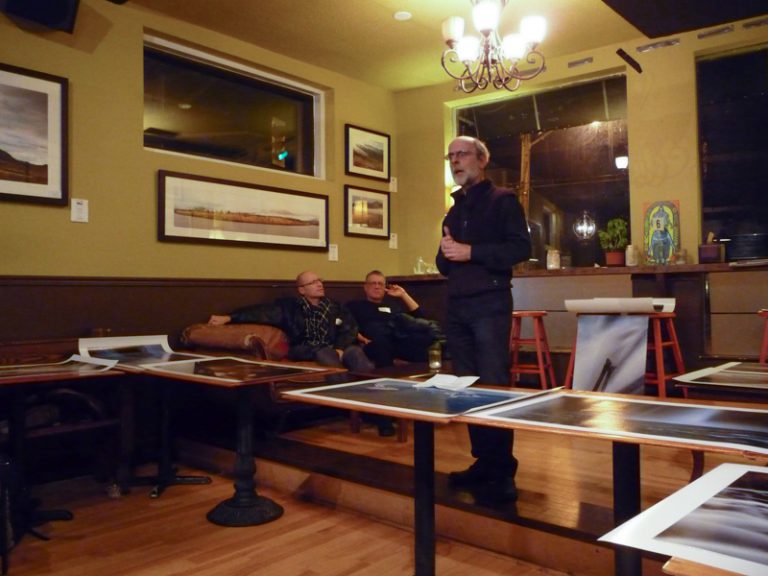 About 15 – 20 people came to this inaugural meeting of FAP:O. Jim spoke and presented example prints. A lively discussion followed. EXACTLY what I had hoped for!

Jake Morrison started by showing his recent projects in presenting the images from his cubist photography efforts, a home-made lightbox and minimalist stainless steel frames for transparencies..

Maureena Kokotailo brought prints united by a feeling of place and asked the question: What makes you take a photograph?

I so much enjoyed putting this work out there. Most valuable for me were the suggestions of interesting things to do with the work.